The 4X Space Game
Now for iPhone and iPad!

Alien Tribe 2 - The 4X Space Game for the iPhone & iPad

Alien Tribe 2 is an indie 4x space game that combines several genres. Imagine a universe sandbox meets real-time strategy and a pinch of tower defense and Master of Orion. The 4X stands for "eXplore", "eXpand", "eXploit" and "eXterminate", and Alien Tribe 2 offers all these different strategies for the player - from exploring the galaxy to extracting raw materials or fending off hostile attacks.

The 4X approach is supported by over 45 missions / quests of the areas of "Military", "Economy", "Exploration" & "Expansion". You will be constantly faced with new challenges, and once you successfully completes a mission, you will be rewarded with new build options, research points, the in-game currency called GEO or other various items.

What other users say

"Great fun and unique game! This game fills a great void in the App Store which is why it gets 5 stars."
5 stars, Tim Conley, USA
"There is so much effort put in this game it should be on the top apps page 5 stars for sure"
5 stars, Blazing Janey, Canada
"Once I worked out the controls it was a great game. Strategy defence, economy building, and logistics - few games handle the mix so well!"
5 stars, JoeyTheCap, Singapore
"Awesome gets better! Be prepared for a new addiction. But be warned; this game is NOT for the faint of heart."
5 stars, Coyote is Crazy, USA
"Best 4X RTS Space Game for the iPad. I've seen a few 4X real-time strategy space games for the iPad but this one is by far the best. Cool idea, great gameplay, great graphics and I like the game control."
5 stars, SpaceGameFreak, USA
"Very good game! This game will keep you playing for hours just to get that higher score and survive longer to see whats next. Get it!"
5 stars, GucioGapa, Sweden 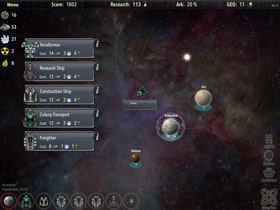 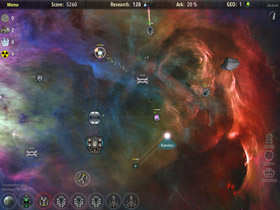 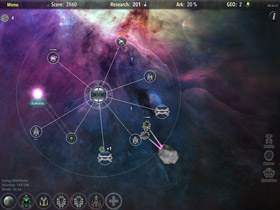 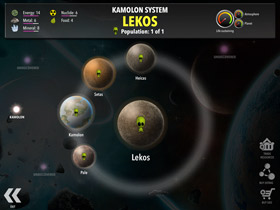 Planets
Overview of all planets in a solar system 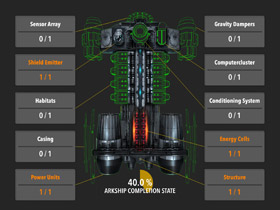 Alien Tribe 2 has entered the App Store charts in more than 50 countries: